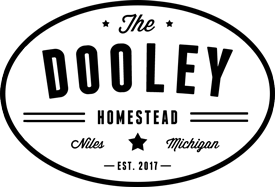 Orange Marmalade Recipe – With and Without Pectin

Brian likes orange marmalade and asked me if I would make some.  “Sure. I can do that.” Thus began an unexpected adventure.

If you Google “orange marmalade recipe,” there are several that are really straightforward.  They involve canning, but the instructions will tell you how to do it. And orange marmalade is great for a first-timer, because oranges contain a lot of pectin – all you need is a bag of oranges, a lemon, sugar, and water.  What the recipes don’t tell you is that some oranges don’t have a lot of pectin.

Being that this was my first attempt at an orange marmalade recipe without pectin, I started with a recipe from someone I can trust – Alton Brown.  I gathered my ingredients – a 5-pound bag of oranges and a 4-pound bag of sugar.  A lemon was already residing in the fridge, so I was set.

Oh wait – I didn’t have canning equipment!  Off to Rural King I went, where I purchased a 12-quart, 3-piece canning set from Granite Ware, and a dozen half-pint Ball jars.  They were out of all the little accoutrements, so I went to Wal-Mart and got a Ball canning kit, which had a jar-lifter, magnetic lid thingy, a funnel, and a headspace measuring device/bubble popper.

I prepped my oranges by quartering them and then slicing them in the food processor.  This made it really challenging to fish the seeds out. Note to self: remove the seeds before cutting the oranges.

Other than not using a mandoline (mine was not cooperating), I followed Alton’s recipe exactly.  I even did the cold-plate test as he suggested, but probably incorrectly. I carefully sterilized all of my canning equipment and jars.  I lovingly ladled the marmalade into each little jar, put a lid on, and boiled them for 10 minutes to process them.

After some research, I decided that this time I would use an orange marmalade recipe with pectin.  Pectin is an interesting molecule – I like the way Serious Eats explains it.  If you like science, I encourage you to check it out.

This time, I used a package of Sure-Gel pectin and a little less sugar.  I also changed my approach to prepping the oranges and used a larger lemon.

For prepping this batch of oranges, I used my chef’s knife and cut away the peel.  I chopped up the flesh into relatively large pieces since they would dissolve during the cooking process.  I got out all of the seeds. I thinly julienned the peel. I didn’t go to the trouble of removing all the pith (just some of the big chunks), as it is a good source of pectin and I like that hint of bitterness.  But you can remove it if you prefer – after all, you are adding pectin at the end.

I then followed my new recipe. I still wanted to see if I could coax out enough pectin from the oranges that I wouldn’t need it in the recipe, so I bundled up the seeds and the excess pith into some cheesecloth and put it in the pot.

After the peels were soft, I performed a pectin test to see what I was working with.  I took out 1 teaspoon of juice and let it cool in a little container. Then I added 1 tablespoon of rubbing alcohol and swirled it around.  Nothing. If there is enough pectin, the mixture should turn to jelly.

Good thing I had that handy pectin packet – I added the entire packet to the mixture and boiled it for 1 minute (per package instructions).  I repeated the pectin test, and wouldn’t you know, it gelled completely! I finished out the recipe by adding the sugar and boiling. I started testing the marmalade by putting a little on a spoon that had been chilled in the freezer.  I was getting good results at 210F (even though you are supposed to go to 220F), so I ended the cooking and starting canning.

And while making this perfect marmalade was in itself, an adventure, the real adventure is the fact that it ended with me writing my first blog post for The Dooley Homestead and the many adventures that are sure to come with it! Orange Marmalade Recipe - With and Without Pectin

Orange Marmalade from scratch - including canning instructions and pectin test.  Yield: 10 half-pint jars, more or less.  Time: 2 – 3 hours (depending on your knife skills and your canning skills) How much sugar do you add to the Orange Marmalade REcipe with or without pectin?

3 lbs seems about right – we found 4 lbs, that the original recipe called for, to be way too sweet.

Thank you so much! This solved my problem. The same exact thing happened to me following the Alton Brown recipe. Second time (and adding pectin) was the charm.